A strong fire occurred in a tall building in Obolon, neighbors evacuated 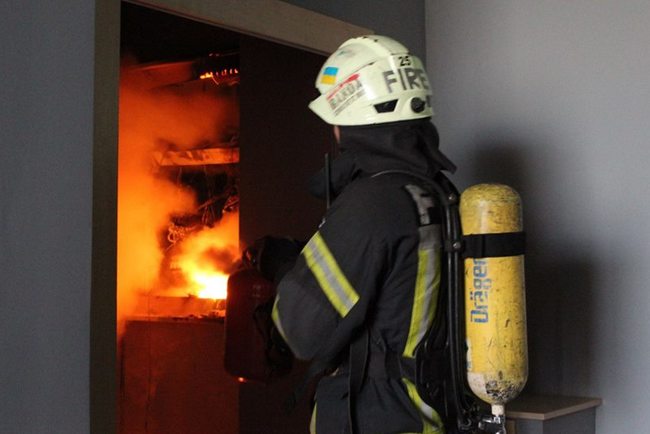 In Kiev, a fire broke out in a skyscraper in Heroes of Stalingrad, 2D. A video appeared on social networks, such as black smoke coming out of the ceiling of a 23-story skyscraper. As reported by the "Segodnya" site in the State Emergency Services of Kiev, information about the fire reached 15:35.

"There was a fire in a tall building in Heroes of Stalingrad, 2D. According to preliminary information, a fire occurred on the shaft of the elevator from the fifth to the upper floor. Firefighting teams left the site, the evacuation of large residents was carried out Height, "said the press service of Kyiv Emergency Service.

Later, the State Emergency Service clarified that the cables from the fifth to the last floor of the building were burned. The fire also extended to one of the floors of floor 20. Two people were rescued on the floor, including a child. Now there are 17 units of fire and rescue equipment and about 65 employees in the place.

Remember that today in the apartment on the first floor of a multi-storey building There was a fire in Solomenka. As a result, a man died in the fire, two more people were saved.

Also November 11 In the village of Bolshaya Dymerka there was a large-scale fire in a private residential building. The fire completely destroyed the building, a man burned alive in a fire.

Also in the Kiev region on November 6 A fire in a residential building claimed life of three people, two of them were young children. The tragedy occurred in the city of Uzin, district of Belotserkovsky. A child was born in 2016, and the second – in 2017.