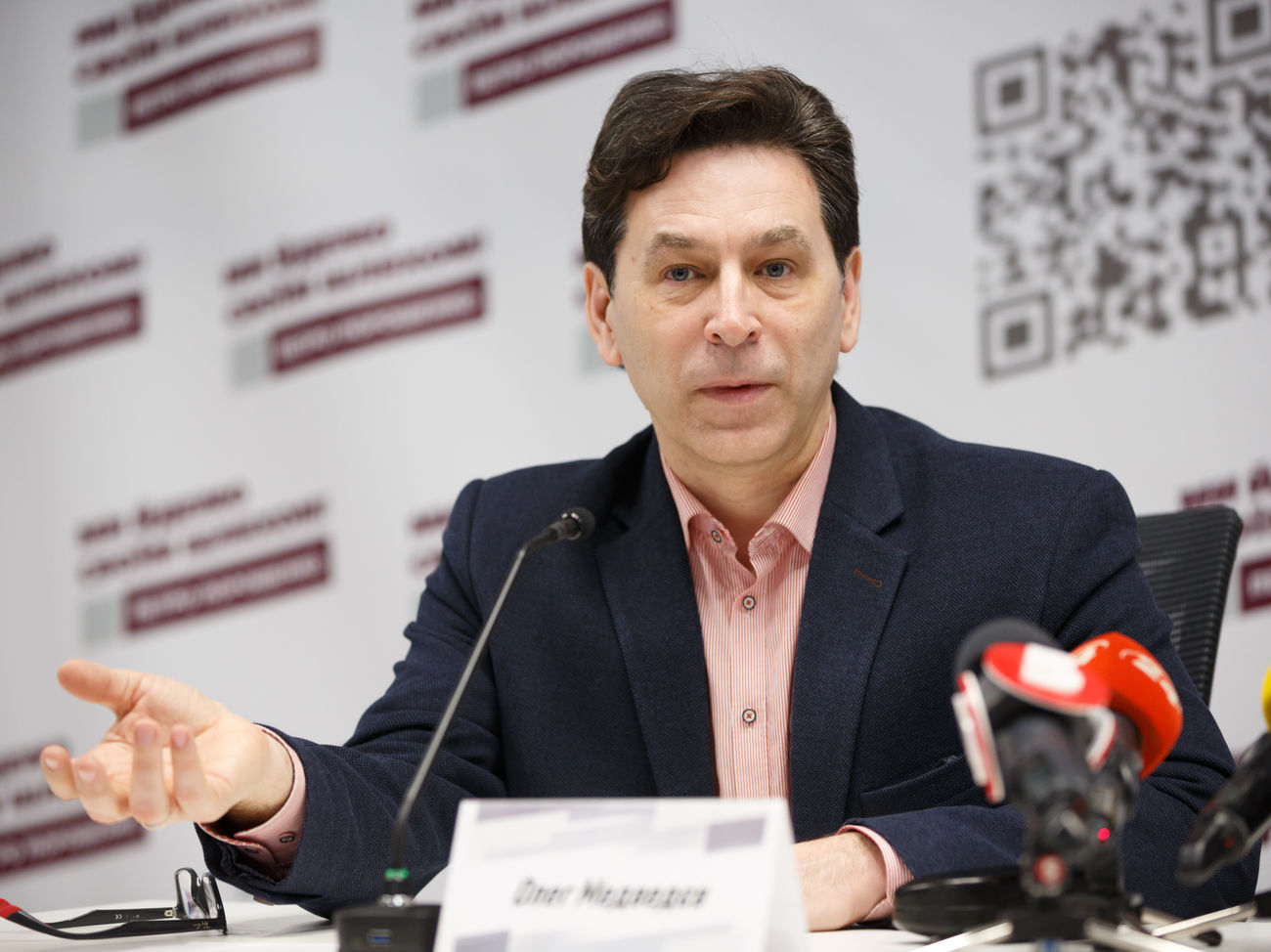 According to the adviser of the headquarters of the current president, Petro Poroshenko, the candidate for the presidency of Ukraine, Volodymyr Zelensky, avoids the debate.

The adviser to the polling stations of the current president of Petro Poroshenko, Oleg Medvedev, believes that the debate between the head of state and the presidential candidate, Vladimir Zelensky, will probably not take place. He said this in the air of the channel "112 Ukraine" on April 12.

Medvedev said that Zelensky's position on the main issues of foreign and domestic politics is still unknown and the headquarters representatives speak instead of him.

"I consider 80 percent that the debate will not take place, because one of the candidates in the debate avoids the reasons mentioned above," said Medvedev.

March 31, the first round of presidential elections in Ukraine. According to official CEC data, 30.24% voted for Zelensky, by Poroshenko – 15.95% of voters. The second round of elections will take place on April 21.

On the evening of April 3, Zelensky proposed to hold a debate at the Kiev Olympic Stadium. He said he was waiting for a response from Poroshenko within 24 hours and presented a number of conditions. On the night of April 4, Poroshenko accepted the offer. He appointed Zelensky's debates in the Olimpiysky national sports complex on April 14, 14. After that, the head of the parliamentary faction of the Petro Poroshenko Bloc Artur Gerasimov said that Poroshenko confirmed his participation in the debate on April 14, but Zelensky did not want participate in them.

The head of the CEC Tatiana Slipachuk said that the official debate It should be celebrated in the public television studio.

On April 11, at the headquarters of Zelensky, they suggested conducting a debate with Poroshenko on April 19 on a teleport in the air.

Zurab Alasania, president of the board of the National Company of Radio and Public Television of Ukraine, said that teleconferencing is prohibited by the rules of debate.

The headquarters of Zelensky on April 12 announced that the debate will take place at the NSC "Olympic" at 19:00 on April 19.

In Britain, the comedian died on stage, everyone continued laughing: Ukraine News, World