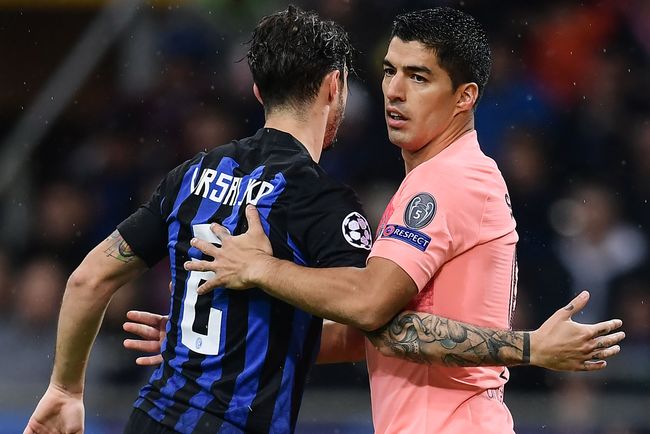 Italian "Inter" and Spanish "Barcelona" received a raffle in the encounter of the fourth round of the Champions League group stage. The fight took place in Milan at the "San Siro" stadium. Both teams created many dangerous moments, but only managed to open the score at the end of the match. First, the goal was scored by Malcom, who replaced him a couple of minutes later Mauro Icardi scored his goal.

Before that, the ball was already in the goal of Inter, but the referee canceled the goal, since the Barcelona players shot the ball over the field line.

Barcelona stayed in the first place in the group, keeping the "Inter" difference in three points. The Italians are now three points ahead of Tottenham Hotspur, who will play at the next Wembley tour. The Catalans expect a home game with the PSV.

90 min Malcolm made a strong shot in the line of the goalkeeper, Suarez jumped above all, but did not reach the ball, only a few centimeters were not enough.

89 min. Perisic He broke the rules near his door and got a yellow card

87 min GOOOL !!!! Inter compares the score. Icardi picked up the ball after colliding with a teammate in the goalkeeper's line, covering him with a defender and reversed the ball in the bottom between Shtegen

84 minutes. Brozovic violated the rules and received a warning

83 min. Goool !!!! Barcelona opens an account Coutinho escaped the opposite in the center of the field and passed the Malcom on the flank, slackened the defender and shot Handanovich through penalty.

80 min The defender gave Suárez the ball, but he decided to give a touch and throw the spherical

70 min A series of corners made by the teams, but nobody managed to suck anything out of the standards.

65 min Inter players were very close to putting it by the end, but Perisic did not hesitate. Poloni came through the middle, but his kick went wide.

63 min Substitution for "Inter": Borja Valero came out in his place Raju Nainggolana

60 min Rakitic was in a shock position and fired at Handanovich. The ball jumped to the Croatian, the one of an acute angle that shot quickly to Suárez, that shot an empty network. But the referee behind the goal indicates that the ball crossed the field line and should be angular

59 min Icardi surrounded the ball with rivals on the flank, changed the center and was ready to hit, but Pique managed to get the ball out of the subcategory

59 min Koutno received the ball from Suárez in the penalty … he stepped on the ball and fell. it happens

54 min Alternatively, the defenders of both teams made an error after firing on the flanks. In the case of Brozovic, Suarez did not have time to hit, but Icardi was able to hit scuttles, albeit inaccurate.

48 min A dangerous free kick won the local team. Vrsalko beat the penalty area, his partner sent the head in the penalty line, but then there was a shed and the ball intercepted by the defenders

Statistics of the first half 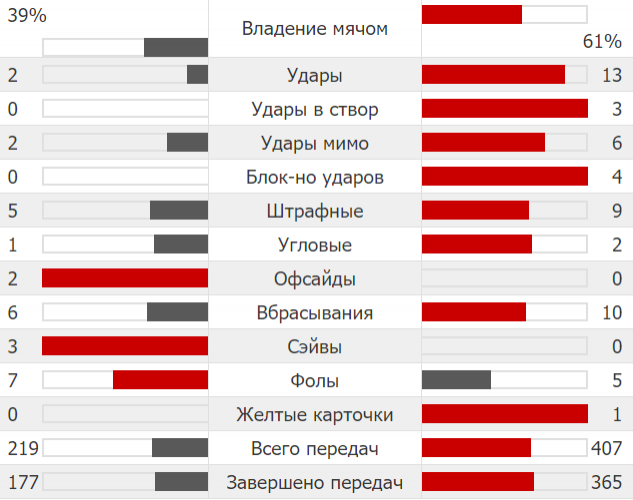 43 min. Ivan Rakitic received the first warning of the match

42 min Handanovich saves Inter again. At this time, a blow from the penalty hit Luis Suarez, but to break the goalkeeper, "Inter", while the Catalans failed.

37 min Coutinho decided not to get into the goal of the rival and shot from the bottom of the meters from 25. Handanovich barely managed the ball, but no one had time to finish

31 min Ah, and the time of the guests. After a corner the ball went to Suárez and hit six from a sharp angle: the ball flew near the post

30 min The confusion at the doors of the "Inter" almost ended in a goal, but in the end, "Barcelona" won only a song

26 min Icardi was in a crash position, but for some reason he decided to take a pass, in addition, he was also out of play.

25 min "Inter" won a song. The defenders repelled quietly and, after the second wave of attack, Steg ter took the ball into his hands

22 min And that is already dangerous. Suárez decided to take an uncomfortable position. No one was expecting this, even the goalkeeper Inter, but the ball finally passed the last pau.

21 min "Barcelona" got a dangerous free kick, but defenders easily faced the canopy

12 min Handanovic hit the ball unsuccessfully from his goal, the Catalans intercepted the crossing in the middle of the field and immediately followed the crossing to Suarez, shook the defender to the penalty and hit the crosspiece

7 min Suarez broke in the left flank and made a camera along the door, but none of his colleagues turned out to be there.

6 min Frank is in the middle of the player's "Inter". Arbitrator warns verbally

4 min The first moment of the meeting. "Barcelona" won a corner, but with an Italian stallion from Coutinho easily faced

JUSTICE OF 1 MIN AS IS FINDED

Teams have already entered the field, only the Champions League hymn

It has become well-known startups. Lionel Messi will not play today, nor did he even come to the reserve.

Two weeks ago, Catalans beat Italians at home with a score of 2: 0 thanks to the objectives of Rafigny and Alba. And today, Lionel Messi can return to Barcelona, ​​beginning to train after breaking his arm.

The win today guarantees Barcelona a 1/8 Champions League final. "Inter" even in the event of defeat will be second in the group, where, apart from them, PSV and Tottenham are still acting.

The official UEFA website predicts that teams will enter the field in such compositions:

Betting runners consider Barcelona to be the favorite of the match, despite the status of the guests: the coefficient in the victory of Ernesto Valverde is 2.00, the tie is 3.60 and the Inter victory is 3.70.