Championship of the United Kingdom: Mark Selby struck by the amateur James Cahill in the first round 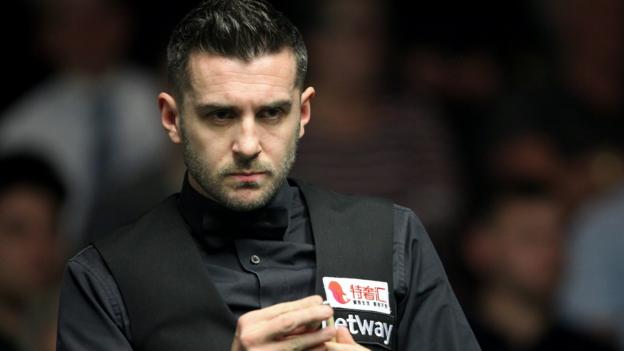 The number one in the world, Mark Selby, suffered a 6-3 defeat in the first round of amateur James Cahill in one of the biggest clashes in the history of the UK championship.

Cahill led 4-0 and 5-1 and closed the win by putting a superb pink roster in the box nine.

"The standard was not surprising. But winning number one in the world, a great player, is great.

"I am good enough to compete with the best but I need to be more consistent."

Cahill did not pass the first round of a qualifying event this season but found his way to York Barbican.

Selby, who lost Scott Donaldson in the first round of last season, won only 79 points in the first four tables before rising to the board to revive the hopes of a return to the trademark

Cahill got his opponent in trouble with the colors and took the next picture wrapping pink and black.

Leicester's man suddenly found his way, taking the next two tables and reaching a 103 on the way to reduce the advantage of Cahill to 5-3.

But Cahill played a ninth backbone to win back two, where he faced Sunny Akani.

"I was all trash," said Selby. "I'm ravaged because it's a great tournament. I felt flat, what's strange.

"I've been playing well lately so that performance is strange. There are not many positive results."

While Selby fought, his winning partner in the United Kingdom and the winner of world champion, Mark Williams, had little trouble seeing his amateur opponent, Adam Duffy.

The 43-year-old Welshman, the winner of 22 qualifying titles, scored four semi-drivers in a convincing win for 6-2.

Williams, who acknowledged that he neglected his practice since he won the world title in May, showed some signs of oxidation.

"My performance was fine, but it was something very messy," he said.

"If I could win this tournament three times it would be fantastic. It's probably my last tournament before Christmas so I want to try and do a good race and see what happens."

The second round of this year's tournament begins on Saturday, December 1, when live coverage is available on BBC on BBC Two, BBC iPlayer, red button, connected TVs, and the BBC Sport website and application.