5 reasons no. 12 Syracuse could pull off an upset, 5 reasons No. 3 Notre Dame could win 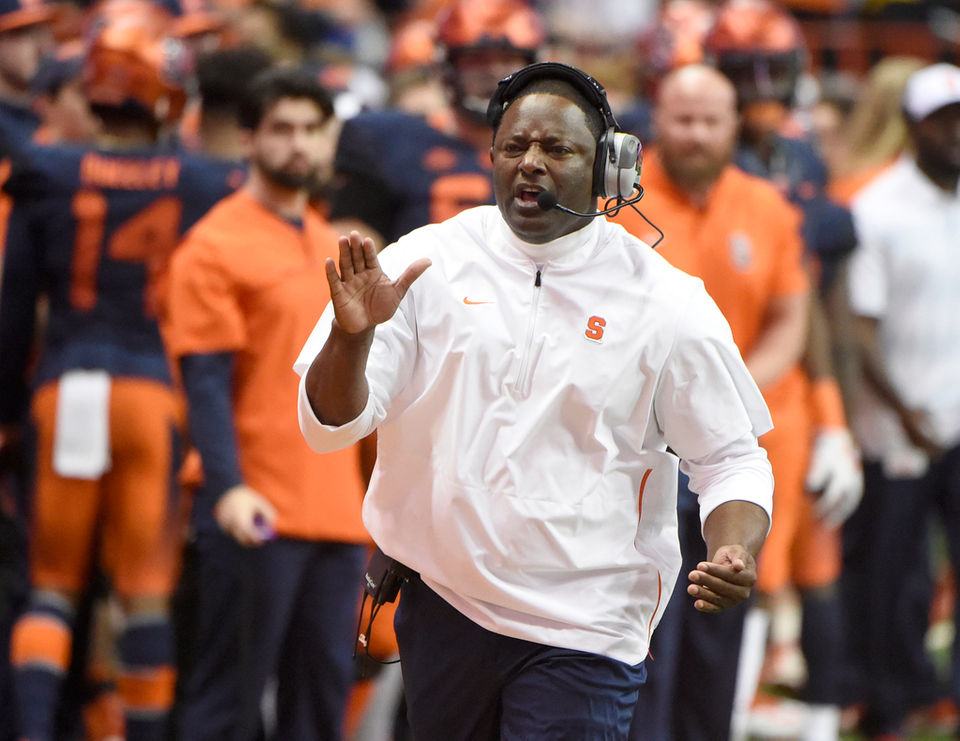 Syracuse, N.Y. – Syracuse football travels to Yankee Stadium on Saturday to play in one of the most important college football games of the season.

The 12th-ranked Orange (8-2, 5-2 Atlantic Coast Conference) is riding its second four-game winning streak of the season at 2:30 p.m. matchup with undefeated no. 3 Notre Dame (10-0). A win would put SU one victory away from making a powerful case for a spot in the Peach or Fiesta Bowl, in turn shaking up College Football Playoff hierarchy.

Let's delve into some of the potential determining factors for this weekend's matchup in the Bronx:

The senior quarterback has largely looked like a different thrower in the three weeks following his fourth quarter benching against North Carolina. Dungey threw for 400 yards and three touchdowns against N.C. State before completing 14 straight passes at Wake Forest.

His accuracy has not been perfect, but it's been markedly better than during the first half of the year, and last week Dungey credited that improvement to an emphasis on the fundamentals. It does not take a trained eye to see Dungey stepping into throws more consistently and keeping his legs under him.

If he can pass efficiently against Notre Dame – a tough task given that the Irish rank second this year in opposing quarterback rating – SU should be able to force a balanced defense and find some room to run.

The Orange defense has racked up a dozen sacks over the last two games, including six in the first half at Wake Forest. On the season, SU's 33 sacks are good for 10th in the Football Bowl Subdivision.

Much of that credit goes to a front four that has been consistently excellent in 2018. Redshirt senior defensive tackle Chris Slayton eats up double teams, in turn providing the defensive ends with 1-on-1 matchups and opening up blitz lanes for linebackers and defensive backs

Considering the Notre Dame quarterback Ian Book is coming off a rib injury that kept him sidelined for a week, I expect to see SU defensive coordinator Brian Ward to make a concerted effort to pressure Book early.

Making him uncomfortable is a good start while knocking him out would force the less-accurate (although still very capable of winning) Brandon Wimbush into action.

YOUR Wins the turnover battle

YOUR Wins the turnover battle

These two go hand-in-hand as pressing the quarterback and / or forcing 3rd-and-long situations typically leads to turnover opportunities.

Only Ohio (29 in 11 games) and Utah State (26) have forced more turnovers than the Orange (25) this fall, and those extra possessions are one of the least-heralded factors in the team scoring 50-plus points in five games for the first time in program history.

An emphasis on ball disruption that started in the spring has paid off in a big way this fall. Continuing that trend against Notre Dame could go a long way toward having a chance to win late.