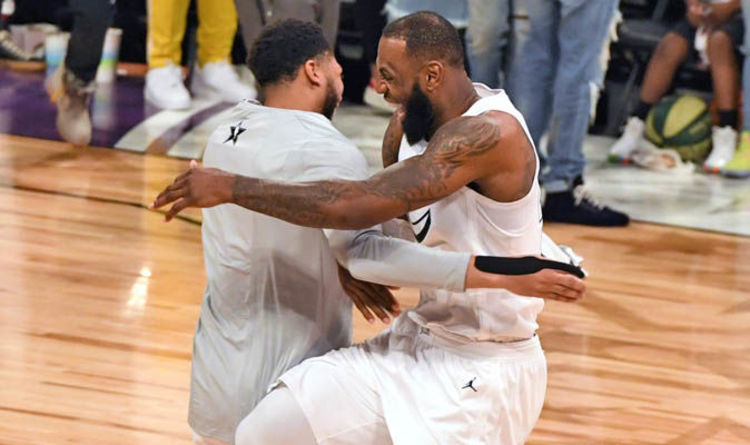 Anthony Davis will join the Los Angeles Lakers along with Kevin Durant to team up with LeBron James.

That's according to Jarrett Jack, who was waived by the New Orleans Pelicans on October and is currently without a team.

The Lakers acquired their top target in signing LeBron James in the summer but missed out on Paul George while they were unable to strike a deal to trade for Kawhi Leonard.

It means their attention turns to next summer, or trying to broker a deal before the trade deadline to bring in more stars to accompany James and help mount a challenge in the Western Conference.

The New Orleans Pelicans could look at trading Davis if it becomes clear he wants to leave as he has spoken at length about how he wants to be challenging for a title.

And Jack insists both Davis and Durant will be joining James at the Lakers next summer to form another super-ready ready to match the Golden State Warriors.

"Man if y'all thought the league was in trouble before they bout to mess around and have AD KD and Bron all on the same team," Jack wrote on Twitter.

And in response to one Twitter user who asked if he actually believed that, Jack said: "In 8 months quote me."

Kevin Durant to the Celtics?

Kevin Durant is on his way to joining the Boston Celtics in free agency next year.

That's the huge claim from former Celtics star Glen 'Big Baby' Davis, who was part of the side who won the 2008 NBA Championship.

Durant's future has been a hot topic around the league as he could become a free agent next summer.

He is widely expected to opt out of the final year of his Golden State Warriors contract to seek a max contract and this week's altercation with Draymond Green has added rumors that he will look to leave the Oracle Arena.

The 30-year-old has been heavily linked with joining the New York Knicks or Los Angeles Lakers in past weeks.

However, Davis has thrown another name in the hat – the Celtics – and even goes as far as to predict it is a foregone conclusion that his former team will snap up the two-time NBA Finals MVP.

"Boston, KD is on the way! Y'all heard it here first, "Davis wrote in the comments section of a post Instagram.

I added: "Guys think about it.

"For real, listen to what KD said earlier about Boston and [their] team and how they are a hard match for the [Golden State] Warriors. "

Carmelo Anthony is on the lookout for a new team after the Houston Rockets waived his contract after playing just 10 games.

"After much internal discussion, the Rockets will be parting ways with Carmelo Anthony and we are working toward a resolution," Rockets general manager Daryl Morey said in a statement.

"Carmelo had a tremendous approach during his time with the Rockets and accepted every role head coach Mike D'Antoni gave him.

"The fit we envisioned when Carmelo chose to sign with the Rockets has not materialized, so we thought it was better to move on as any other outcome would have been unfair to him."