Tea or coffee? The answer can be genetic 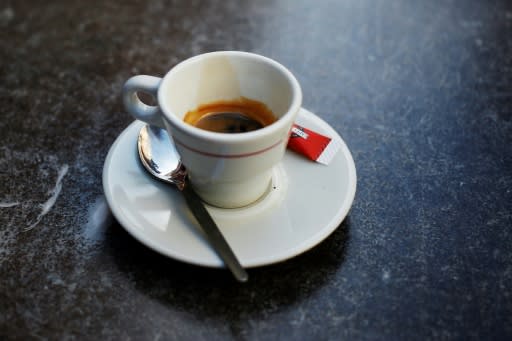 In new research studying how genetic factors determine taste, scientists believe they already know why some humans prefer coffee while others choose tea.

A newspaper published this week in the journal Nature Scientific Reports found that people who are genetically predisposed to bitter taste tend to choose coffee because of their higher content of turtle caffeine.

But, important for tea drinkers everywhere, that does not make them right.

As humans evolve, we develop the ability to detect bitterness as a natural alert system to protect the body from harmful substances.

Of evolutionary way, we want to listen to that American directly to the sink.

"You expect people who are particularly sensitive to the bitter taste of caffeine would drink less coffee," said Marilyn Cornelis, assistant professor of preventive medicine at the Northwestern Feinberg School of Medicine.

"The opposite results of our study suggest that coffee consumers acquire a taste or the ability to detect caffeine due to the positive reinforcement learned by caffeine."

In the study of more than 400,000 men and women in the United Kingdom, researchers also found that people sensitive to the bitter taste of quinine and a taste related to plant compounds were more likely to avoid coffee in favor of their sweetest counterpart.

Liang-Dar Hwang of the University of Queensland, the Diamantina Institute, who co-wrote the study, told AFP that the fact that some people prefer coffee have shown how everyday experiences can overtake genetic trends when it comes to testing.

"The perception of bitter taste is formed not only by genetics, but also by environmental factors," he said.

"Although humans dislike bitterness naturally, we can learn to like or enjoy bitter-flavored food after being exposed to environmental factors."

Although coffee lovers are essentially challenging evolution, there is another possible benefit when they like their milk.

Hwang said that coffee drinkers were genetically less susceptible to bitterness than tea drinkers, so they "are less likely to hate other bitter-flavored foods," such as green vegetables.