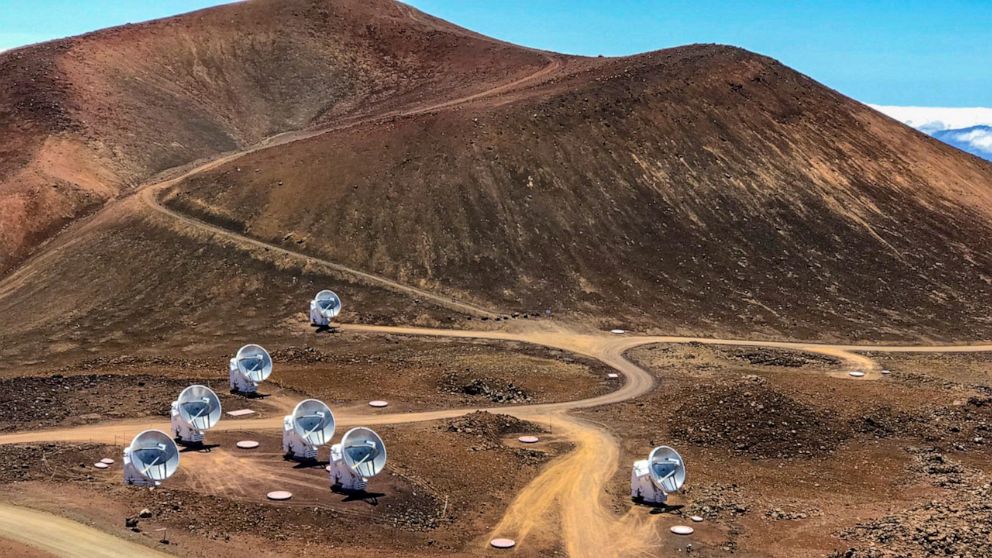 The new superpowered black hole is a nameless beast, at least not official. And what happens next could be cosmically confused.

The team of astronomers who created the image of the black hole called it M87 (asterisk). (The asterisk is silent.) A language teacher gave him a name of a Hawaiian song – Powehi – which means "the guessed dark and shady creation." And the international group in charge of distributing astronomical names? He never named a black hole.

The black hole in question is about 53 million light years in the center of a galaxy named Messier 87 or M87. On Wednesday, scientists revealed an image that they took with eight radio telescopes, the first time that humans really saw one of the dense celestial objects that aspire to everything around them, even lightweight.

The International Astronomical Union usually takes care of the names, but only for things within our solar system and the stars outside of it. You do not have a commission created to handle other objects, such as black holes, galaxies or nebulae.

The last time there was a similar situation, poor Pluto was somehow degraded to a dwarf planet, leading to public outcry, said Williams College astronomer Jay Pasachoff, a member of the nomination committee.

Technically, our own galaxy – the Milky Way – has never been nominated officially by the IAU, said Rick Fienberg, an astronomer and press officer at the American Astronomical Society. He said: "that's just a term that has gone through history."

"Practically all the objects in the sky have more than one designation," said Fienberg. "The constellations have their official names sanctioned by UAI, but in other cultures they have other names."

THE GIFT OF NAME

When it comes to the black hole we saw this week, Hawaiian professor Larry Kimura from the University of Hawaii-Hilo intensified even before the photo was revealed.

Powehi (pronounced poh-veh-hee) is the Hawaiian name of the black hole, not its official name, explained Jessica Dempsey, who helped capture the black hole image as deputy director of the James Clerk Maxwell telescope in Mauna Kea, the most mountain High of Hawaii. Hawaii's governor, David Ige, proclaimed April 10 as Powehi's day, he said.

"It's not astronomers who name this," he said. "This comes from a culture expert and a language expert. It's about coming to the table and giving us a gift of this name. It is a gift from Hawaiian culture and history, and not the opposite."

When asked about the idea of ​​Kimura, Pasachoff, a member of the IAU nomination committee, said: "This is the first thing I heard about it."

Eric Mamajek, chairman of the UAI working group on star names, called it a "wonderful and thoughtful name."

THE SITUATION OF PLUTO

But Mamajek said that his committee may not be right to give a name to the black hole. It only stars.

"This is exactly the situation of Pluto," said Pasachoff.

In 2006, IAU astronomers were discussing naming a large object in our solar system that was finally called Eris. It was not considered a planet, so it was not the work of the committee on the planet. But some experts said it was larger than Pluto, which added some confusion.

The conference decided to reclassify the planets, expelled Pluto from the regular planets club and made it join the new category of dwarf planets with Eris, Pasachoff said.

On the same day as the black hole photo was released, the IAU asked the public to choose between three names of an object that astronomers call OR10 of 2007. It is an ice cream planetesimal that surrounds the sun but remains 100 times farther from our star than the earth.

The three names proposed are Gonggong, a Chinese water god with red hair and snake tail; Holle, a European winter goddess of fertility; and Vili, a Nordic deity and brother of Odin.

UAI is trying to bring more languages ​​and cultures to the naming game, said Pasachoff and Fienberg. And soon IAU will ask the public to help name 100 planets outside of our solar system.

While astronomers look more toward the cosmos, Pasachoff said: "we will need more names."