America is helping China to "humiliate" 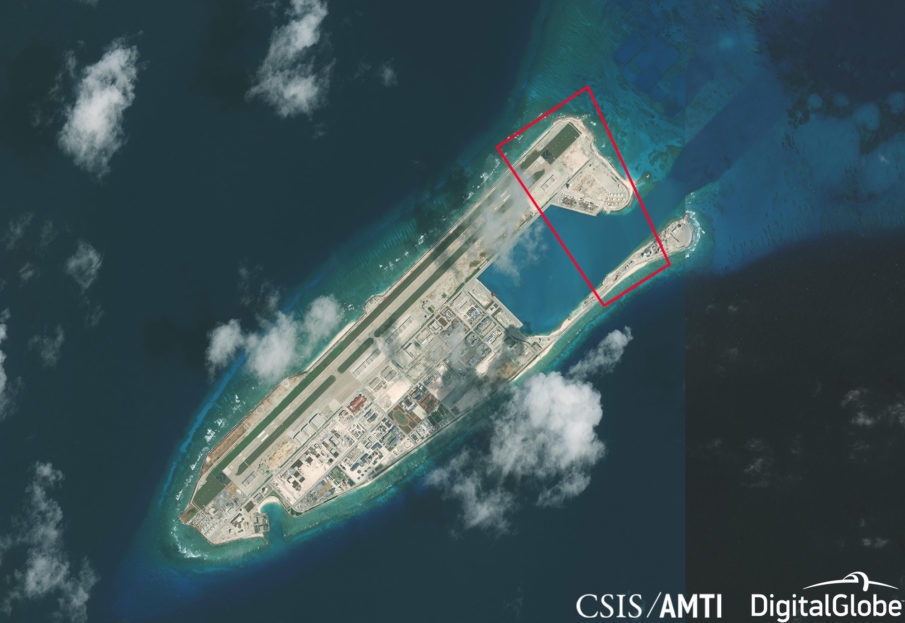 The disputes of the South China Sea in the last 10 years have changed in quantity and quality, becoming increasingly complex and with many levels, and are the most prominent example of regional disputes. In particular, the South China Sea area is now a "geostrategic and geopolitical area of ​​competition between two Chinese-American superpowers."

As noted by journalist Michael Fabey, China is determined to face the United States-China as an opportunity for the nation to solve the old problems intelligently.

"Won one hundred battle is not the best general of good generals. Do not beat that enemy subjugado, that is the best general of the generals. China seems to have made it possible for Sun Yat-sen to pass strategic goals without causing the United States military response or any other person

Both American and Chinese leaders want peace and interdependence on the economy. However, the tensions increased between the United States and China, since their strategic objectives are different and reinforce their military capabilities and their presence in the Pacific.

On maritime safety, journalist Michael Fabey opened the new book, Crashback, commenting that the United States and China were at war in the Western Pacific.

Reassessing all Chinese naval aggression in the sea, Fabey concluded that the tensions between the two countries were not between the naval forces, but at the highest level between the two governments. The thousands of American sailors and Chinese sailors are pieces that show the form of this war. Your actions, miscalculations or wrong judgments can lead to a confrontation in the western Pacific.

As proof, China invests more and more in the goal of building a powerful naval force, to exploit the weaknesses and vulnerabilities that come in the US Navy. US: Use as an economic lever and to threaten neighboring nations, disregard international standards and promote their plans to create a new international order in East Asia.

Fabey has a summary of geological and territorial history, behind the status quo. It shows that China is still boiling its blood because of the "humiliating century" (1839-1949), when Western powers harassed and defrauded a nation that has thousands of years of culture.

The observation of Fabey also emphasized that China still has pain in the past. The admiration that this nation gave Admiral Zheng He in the fifteenth century, which carried out maritime expeditions that marked the pinnacle of Chinese naval power, is evident. Based on the legacy of Admiral Trinh, China has a sense of pride as a maritime power that goes to history and uses these expeditions, as well as the demands of the KMT government in 1947 Serving for a challenging claim in the South China Sea.

Fabey tells what was testimony. Meetings between ships and American and Chinese aircraft, including the famous emergency landing of a US-A3 EP-3 airliner in Hainan Island in 2001 after a dangerous accident with China's fighters. And the almost collision in 2013 between the Ticonderoga USS COWPENS (CG-63) cruise ship cruiser with a Chinese warship in the South China Sea. Fabey was present at USS COWPENS and recalled that the US. U., And not the Chinese, they had to "descend" and leave the area.

Fabey concludes, China and the United States are facing a crisis, and the two governments stumble back. The armed forces are being requisitioned to strengthen strategic policies in an increasingly tense sea environment where only a small wrong calculation can cause a war between nuclear powers.

Looking at the game in the Western Pacific, Fabey claims that China will always and will maintain a strategy of "not winning", a strategy that has always been successful in the last two decades.

The difference between the United States and China, however, is that although both sides want the war, Chinese leaders are always out of their desire to fight, ready to face a more direct confrontation. America. In this way, in recent decades, China has consolidated its naval power, which believes it is well prepared for its mission to shake "the humiliation of one hundred years."

China now has more than $ 1 trillion in US bonds and is often called China's "nuclear weapon" in the US commercial war. UU.

"The commercial war between the US and China can be a storm off the coast." We will continue closely and will continue to advise on prudential measures, "said the representative of the Ministry of Planning and Investment Tran." Said Phuong.

If the President-elect Donald Trump renounces the TPP, how will the map of influence of the United States and the Chinese change?

South China Sea: where the interests of the U.S. overlap. UU

"The South China Sea is a" gray area "where the interests of the U.S. and China overlap or collapse," said Dr. Brian Eyler.