In a timely manner, responding actively to the current situation of alcohol consumption, beer is high 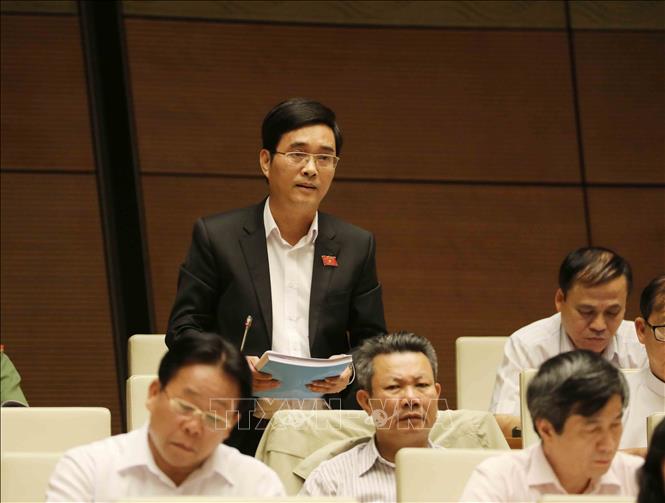 The delegates strongly agreed on the need to enact the law and underlined the bill that institutionalized Resolution No. 20-NQ / TW on strengthening protection, care and improvement of people's health in the situation. new image; Timely, respond actively to the current situation of alcohol and the use of beer is high, it tends to increase rapidly, to an alarming level.

Representative Pham Trong Nhan (Binh Duong) praised the efforts of the Ministry of Health in the editorial and criticism process of the Ministry in order to care for the health of the community. He stressed that the prevention of harming alcohol, the beer must be complete, it should not be argued that the responsible drinker or for any other reason.

Commenting that through this law is the death of the wine industry, the vice president of beer, Pham Trong Nhan noted, must be in the context of families with alcohol dependents, the accumulation of debts, violence and violence.

"We chose to protect people's health or we chose a 50 trillion dollar revenue per year, but do not forget that the losses caused by it cause up to 65 trillion dong, what's the difference in the country's development?" – delegate the simple comments

On the name of the bill, most agreed with the name of "Law of prevention and harmful alcohol and beer." Representative Le Thi Yen (Phu Tho) explained: According to the World Health Organization, most studies have been confirmed, there is no limit to health safety when using alcohol. beer

Because alcohol, beer in the body affects the endocrine system – the important part of human beings; Depending on the sex, age, individual biological characteristics and according to the level of drinking, the way of drinking that causes a different harm to each person.

In addition, alcohol is an alcoholic substance, classified as a carcinogen, so when used, the level of drinking will increase, with time easy to depend on and become addicted to the unknown time.

"With the view that prevention is better than cure, prevention of alcohol and beer damage must be carried out in advance with preventive measures, not only to respond when negative consequences occur, cost recovery is very expensive."

In the afternoon, the delegates discussed the bill on the modification and complementation of some articles of the Public Investment Law.

Worried about the stability of the text, Vice President Vu Thi Luu Mai (Hanoi) said that the Public Investment Law is important for legal documents that directly affect budgetary resources, security but this is also one of the shortest living laws that were applied for three years. Some regulations do not cover all practical issues. The representatives proposed this revision, the Editorial Board should fully evaluate the full range of problems that are established.

Specifying the inadequate provisions of the Law, delegate Hoang Quang Ham (Phu Tho) mentioned some relevant evidence such as ODA management regulations in conflict with the law on public debt management. Concerned about advertising and transparency in public investment, Hoang Van Cuong (Hanoi), Nguyen Thi Kim Be (Kien Giang) deputies affirmed that the law should be public transparency in the management of associated public investments Strengthening monitoring, inspection and use examination of public investment capital to avoid waste loss. Currently, the law does not clearly show that this vision is added.

Representative Nguyen Hong Hai (Binh Thuan) proposed, complement the maintenance and repair of traffic works for public investment objects. Due to the fact that many traffic works are damaged, climate change has caused landslides and floods, causing serious damage to transport works, which potentially caused more accidents, while funds The maintenance of the road will satisfy 40% of the Demand, while the locations will meet 15%. Therefore, the addition of traffic objects to public investment is very necessary.