Home / vietnam / Mystery of treasures and national treasures: treasures on the river

Mystery of treasures and national treasures: treasures on the river 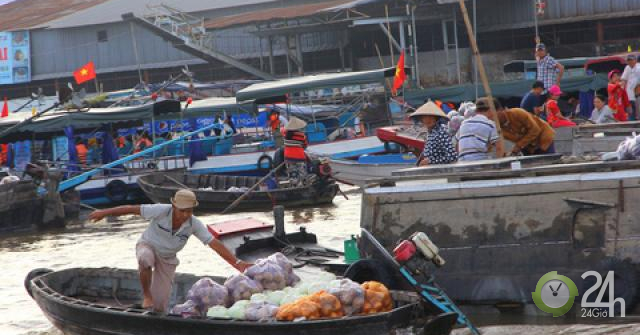 Cai Rang's floating market is not only a very singular cultural activity in the community life of the Tay Do area, but also a national immaterial heritage. Many years ago, Can Tho City has developed a project to preserve and develop this famous tourist site.

The poem "Cai Rang Floating Market" by Huynh Kim describes in part the typical activity of Cai Rang's floating market. According to many documents, Cai Rang originated from the Khmer as "Karan", which means "coffee – Mr. Apple", which is a molded oven. Previously, the people of Khmer in Xa Ton (now belonging to the Tri Ton district, in An Giang province) made a lot of cucumbers and then filled many big boys along the Cai River to park in the Cai Rang floating market. Over time, local residents pronounce "karan" in Cai Rang. According to the Institute of Social Economy of Can Tho City, Cai Rang is a prosperous land, formed from the reign of King Minh Mang. In 1897, Cai Rang was one of the ten Can Tho markets that developed heavily. At the end of the 19th century, the French dug the Nga Bay channel – Ya No to help the trade expand. Parallel to the functioning of the market on the coast, the river also forms a market with hundreds of boats and boats on the day of the negotiation and exchange of merchandise. The Vietnamese sell fruits and vegetables; Chinese raft houses sell groceries, while Khmer ship traders sell coffee.

The floating market of Cai Rang was formed in the early 20th century when the French channel excavation was completed in 1915. The position of the floating market is now at the intersection of 4 rivers: Can Tho, Dau Sau, Cai Son, Cai Rang Be, adjacent to the market on the coast, near the sides of the Cai Rang bridge today. In the early 90s of the 20th century, due to navigation obstacles, this floating market was moved to the bridge to Phong Dien, downstream from the Can Tho River, about 600 meters from the Cai Rang bridge in the afternoon. It occupies a half river channel of 100 to 120 meters, along the river from 1.3 to 1.5 km.

The method of delivery of people in the floating market is also very specific: buyers and sellers are on the shipping ship for juggling goods from one hand to another. At one point, the density of floating ships on the market was up to 500-600 units. The floating market of Cai Rang is no longer as crowded as due to the development of the road. According to Mr. Bui Huu Sang, Head of Information and Department of Culture of the Cai Rang district, there are only about 150 wholesalers and retailers in the floating market; in which there are about 40 fixed trading boats.

Enter the 10 most impressive markets in the world

After nearly three years of project implementation, there have been many positive results: propaganda to raise awareness among people and traders to preserve floating markets and develop tourism; Maintaining the service of your country in the river to promote and serve tourists … The Cai Rang District also distributed garbage for all households that live in the floating market area and equipped with lifeboats to protect the environment. The British magazine Rough Guide, once it has chosen the floating market of Cai Rang as one of the 10 most impressive markets in the world.

Mr. Tran Thanh Lam, a trader specialized in selling agricultural products in Vinh Long, with emotion: "I used to transport agricultural products from the garden houses in Vinh Long to resell the Cai Rang floating market. What I like about the floating East market It is a very safe traffic flow, in addition, there is no trash situation that flows as before. "According to Mr. Sang, to preserve and develop the Cai Rang floating market, in recent years and in recent years, the District Popular Committee, in collaboration with the Department of Culture, Sports and Tourism of the city of Can Tho, organizes a tourism festival "Culture Floating market Cai Rang "with many propaganda and promotion activities, which combines many cultural, art, fitness and sports activities … 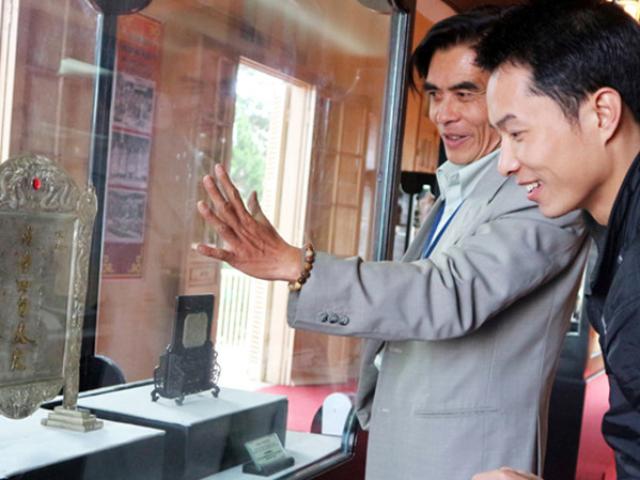 More than 120 treasures of the Nguyen dynasty have been hidden in many places of Hue, and continue their journey to get excited …