The climate is 5-7 degrees Celsius, the north brings cold rain According to the National Center for Hydrometeorological Forecasts, yesterday (6/11), due to the influence of cold air, the northern provinces decreased by 2-3 degrees Celsius, the sky is cool, sunny. 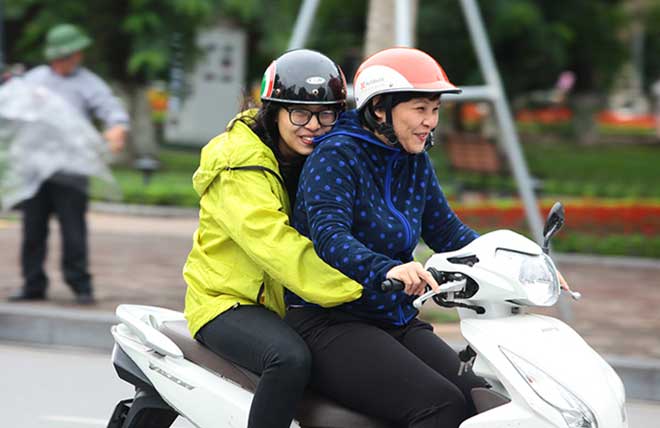 Area of ​​Hanoi since this evening (7/11) the sky is cold, the lowest temperature is 18-20 degrees Celsius.

In the central provinces, due to the impact of cold air intensified from 7-9/11 in the Thanh Hoa area to Thua Thien Hue and the rainstorms in many places of Thanh Hoa, Nghe An and Ha Tinh have moderate rainfall, rainfall and thunderstorms. The highest temperature of the day in the provinces of Thanh Hoa to Ha Tinh fell below 27 degrees Celsius, nighttime heat reduced to 19-22 degrees Celsius, the night is cold and light.

The provinces of Quang Ngai to Binh Thuan due to the disturbance influence in the highest winds of the east, from 7 to 7 November, there are many rains and storms, especially on 7-8/11 with moderate rainfall. , where there is a heavy rain and thunderstorms.

The central and southern highlands of Vietnam on 7-8/11 due to the influence of the groove under axis 9-11 north latitude combined with the disturbance in the upper wind zone in the south and on the upper side To the south of Central Highlands there are many places The coastal areas of southeastern Soc Trang, Bac Lieu, Ca Mau and Kien Giang are likely to show moderate precipitation, intense rainfall, and heavy electric storms.

As of 10/11, the rains in the Central Highlands and South Vietnam gradually reduced the scattered rain and the rain season concentrated in the night and at night. Forecasts: the winter of 2018 will appear the long and cold cold lasting 4-7 days and 2-4 snow frosts.